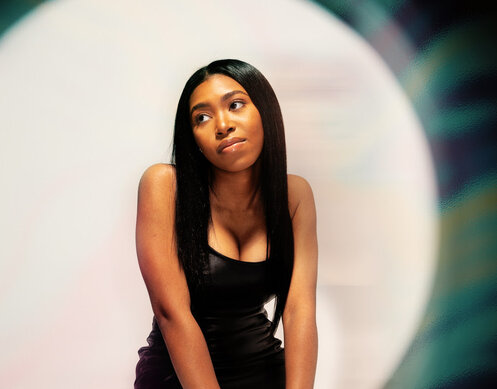 In the ESTA and Sango-produced track, Jayla laments over relationships she should’ve left behind. Seriously… how many chances can you give to a person before you realize they just are not going to do the right thing?

“He know he got it/ Even could see as a toddler/ They all said that he’d be a problem/ And I tried to love it up out him/ And that was the first mistake/ ‘Cause I know/ Only you could fix it babe, but you won’t,” she sings.

The breezy instrumentals ensure that Jayla’s vocals are the star of the show. Listening to the mid-tempo track, some of Jayla’s influences shine through.

“My first inspiration was Destiny’s Child. I was listening to Destiny’s Child from [inside] the womb, apparently,” she tells Coveteur last year. “From there, I would say Beyoncé, Jhene Aiko, Frank Ocean. As well as Aaliyah and Brandy—they’re definitely a huge inspiration. As for the production side, I would say Missy, Timberland, J. Cole—as both a producer and an artist—and Key Wayne, he’s a producer from Detroit who’s worked with Big Sean.”

And while this track was not self-produced — many of her delicious offerings have been.

“I pull inspiration from everywhere—I might be listening to a song or just find myself being inspired by life. Then I’ll open my laptop and create a beat,” she shares with the outlet. “I usually start with beats and melodies, because I feel like that’s what catches people’s ears first. Then I write lyrics after that, after I get a good foundation. I feel like that’s the balance, making music that people can listen to and just feel good listening to it, but also when [they] listen, [they] pay attention to the lyrics [because] there’s also a message and a story there.”