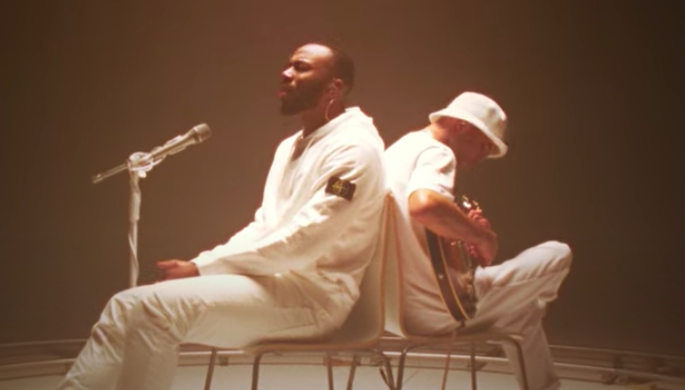 London singer-songwriter Ari PenSmith and Los Angeles producer Jonah Christian’s “City Girl” was released last year — and as we move towards the end of 2021 — Soulection released an acoustic visual of the pair performing their debut hit.

As with any song, acoustic versions tend to hit a little deeper than bass or synth-heavy renditions. And PenSmith’s pain is felt intensely felt as he urges his torn lover to move on without him, assisted by Jonah’s wistful guitar strings.

“Don’t let my bad decisions go and make you switch sides/ You’re one of the goodies/ You ain’t one of us, don’t you lie/ Once you do this, you can’t go back/ Know I took you off track/Ain’t gotta do me like that,” the Goldlink collaborator sings.

PenSmith credits London’s rich culture as the inspiration behind his pen on the track.

“If I had to describe the writing on ‘City Girl’, I’d have to say it’s a mini fusion of the music I grew up listening to (R&B, Gospel, Reggae), my childhood surroundings (London – which is a melting pot of cultures) and my (Nigerian) heritage blended together,” he says in a press release.” Throw that in a pot with all of Jonah’s influences, mix it all up for a few hours and you get a musical dish titled ‘City Girl.'”

Jonah adds, “It’s inspired by our life experiences & the music we love. In my case, the production was informed by growing up in a Jamaican household listening to a lot of dancehall riddims. Ari and I are also heavy into Afrobeats & R&B, so ‘City Girl’ is this hybrid of all of these cultures and diasporas rolled into one idea. It’s a special record.”