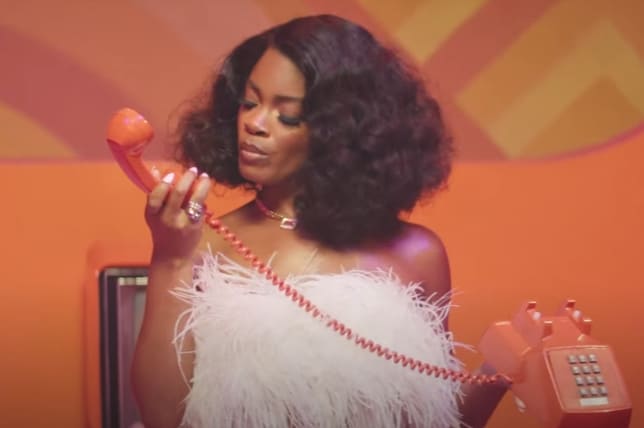 “Now you textin’ me, you know I won’t reply/ Why you ain’t f*ck with me when I wasn’t this fly/ Now I’m on top and now I’m ridin’ sky-high/Don’t need nobody but I’ll take you down tonight,” sings Ari over the bass line which is sampled from Shirley Brown’s 1977 single, “Blessed Is The Woman (With A Man Like Mine).”

The track is already proving to be a huge smash. And why wouldn’t it — Jermaine Dupri, Bryan-Michael Cox and Johnta Austin are responsible for the instrumentals, which boasts a bold trap 808 edge and a classic Motown feel.

Dupri, Cox, and Austin collectively refer to themselves as the Ocean Boys.

Dupri is responsible for signing and producing for Hip-Hop and r&b’s most credible names, notably Mariah Carey, Janet Jackson, Usher, Ludacris, JAY-Z, TLC, and many more.

Dupri founded the music label So So Def Recordings in 1993 when he was just 20 years old, launching the careers of Bow Wow, Da Brat, Xscape and Jagged Edge.

But the entire production lineup is solid.

Cox’s most renowned productions are “Be Without You” for Mary J. Blige, “Burn”, “Confessions Part II” and “U Got It Bad” for Usher, and “Shake It Off”, “I Stay In Love” and “You Don’t Know What To Do” for Mariah Carey.

Grammy Award-winning producer Austin has co-written several multi-platinum hits, including Mariah Carey’s “We Belong Together” and Mary J. Blige’s “Be Without You.”

This trio has been working in alignment for decades.