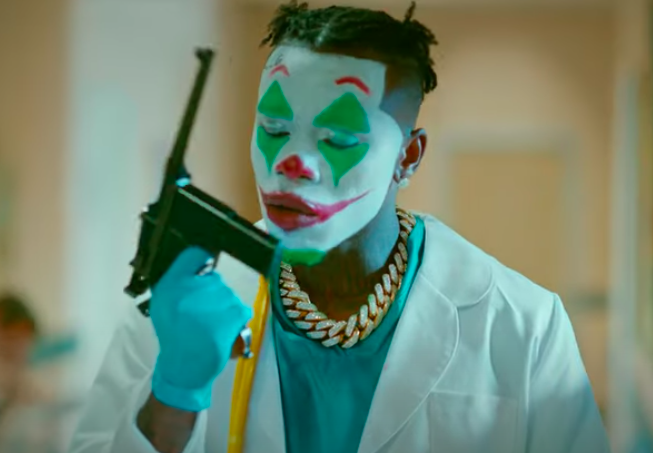 DaBaby has had a tough year. While his now-infamous Rolling Loud Miami rant made headlines and saw him also canceled from an industry he’s worked so hard to be a part of… the industry and the fans forgot that he was still mourning the death of his brother.

In “Lonely,” which is produced by DJ K.i.D, Pilfinger and Benjamin Lasnier, DaBaby dedicates the video to his late sibling, Glenn Johnson.

Johnson died as a result of a self-inflicted gunshot wound last November.

“As if I got a reason to act like I’m lonely/ I saw my big brother laid out with his brains blown out, it’s been catchin’ up on me/ Sh*t, how would you act if your bro took his life?/ And you know that you rap and make all of these millions/And don’t even trap and you livin’ your life the best you ever had just to see it come crashin’, I’m burnin,” he raps.

DaBaby stars as DC comic villain, Joker, the self-directed visuals. Donning a white, green and red three-piece suit, the rapper embarks on a shooting spree before he ends up in a psychiatric ward.

“I just popped a soma and now I’m karma/ All that body on me got you hot, I’m warmin’/ And it ain’t gon’ help you more than I’m gon’ harm you/ Outchea by myself rollin’ like an Army/ F*ck her by myself, f*ck her with her homies/ I don’t need nobody, I don’t see no solids,” Weezy spits.

DaBaby eventually shoots and kills all of the hospital staff… or does he?